Earlier tonight (or I guess more accurately last night, since I’m starting this post at about 4 am…) I had the honor of seeing a brand new musical that opened in a community theater very close to my little hometown. This show was called Sophie’s Light and it was absolutely INCREDIBLE.

It was such an indescribable experience to be sitting in the audience and have the realization that someday, if this show takes off (and I truly hope it does, because everyone who was/is involved in this show is absolutely brilliant) I’ll be able to say I saw the earliest production.

Now normally I like to be well versed in a show before I go see it. I usually know all the songs and have a pretty good idea of what the overall plot of the show is before I take my place in the audience. I have to say though, it was pretty refreshing to walk into the show knowing nothing more than the snippets of advertising I’d seen. I fell in love with a new score and there was something magical about hearing it for the first time live. My only complaint is that because it’s so new I couldn’t come home and pull it up on Spotify to listen to again, because if I could have– I would have.

Now I’d like to take a moment to brag about the cast, because wow do they deserve it. You could tell that every person involved with this show was so proud of what they were doing (and rightfully so), each and every one of them put their heart and soul into this production and it was pure magic as a result. As I said, EVERYONE had a fabulous performance but I’d like to take a moment to give a special shout out to Pamela Shirtz, the amazing actress who brought the character Sadie to life. Now, if you are a die hard theatre kid like myself, you will probably find yourself mentally hunting for which role you’d want to play each time you see a show; after her very first song I was confident I’d already found that role in this show. As the show continued, I became more and more confident about this. It was not only the role itself but the way Pamela played her that had me instantly drawn to her. 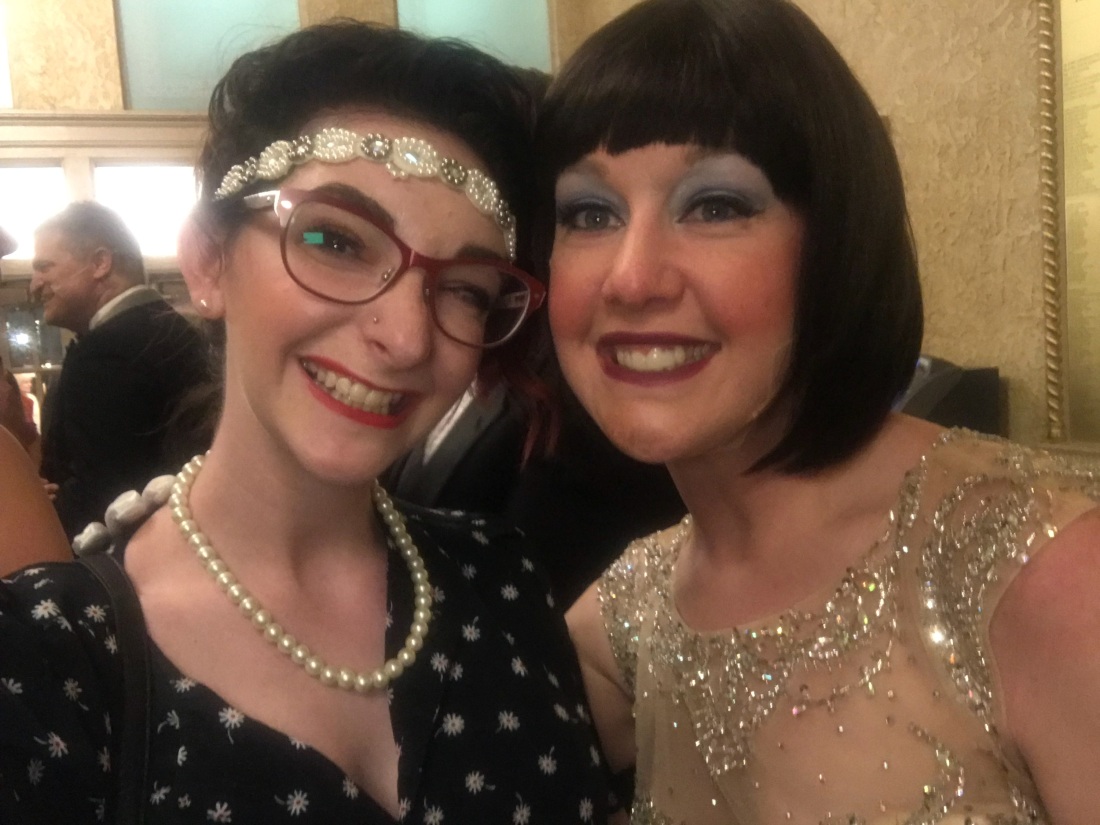 Pamela brought Sadie to life in such an honest and relatable way. I felt sympathy for Sadie throughout the show and found myself relating on some level to some of her struggles; and not only that but from the moment she stepped onto the stage I was rooting for her. I was emotionally invested in her becoming more confident in herself and realizing just how talented she was the same way I want those things for my closest friends.

I’d absolutely love to play Sadie someday and I hope this show gets produced time and time again because it is truly a gem. And Pamela, if you’re reading this thank you for the inspiration, you truly shine onstage and were so kind after the show. I hope to see you in more productions in the future and I’d be honored if you ever managed to see one of mine.